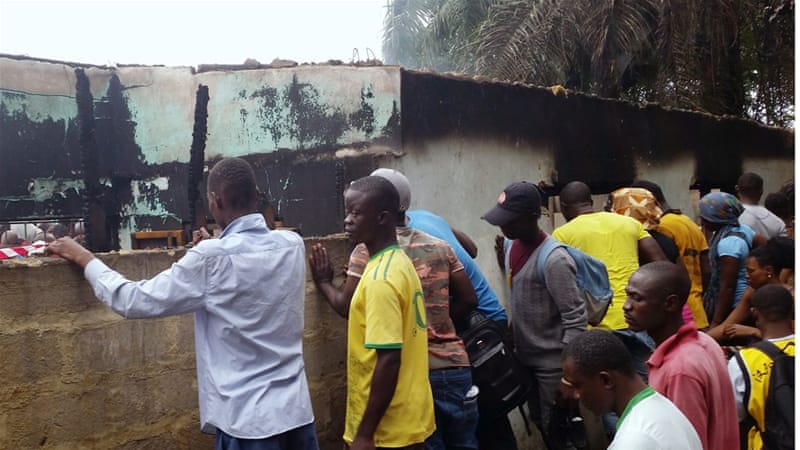 Rescuers hold a body after an overnight fire at the school that killed at least 26 children and two teachers in Monrovia, Liberia on Wednesday.

(WAT)Twenty-six children have died after a fire broke out in a boarding school in a suburb outside the Liberian capital Monrovia.The children were sleeping in a building attached to a mosque at a religious school in Paynesville City when it caught fire at around 11 pm Liberia time, Presidential Press Secretary Isaac Solo Kelgbeh said.

Rescuers at the scene of the fire on Wednesday.The children, some as young as 10, were not able to escape the building because there was no fire exit and there were security steel bars on the windows.Two teachers are also among the dead. While two survivors were taken to a local hospital and remain in a critical condition.