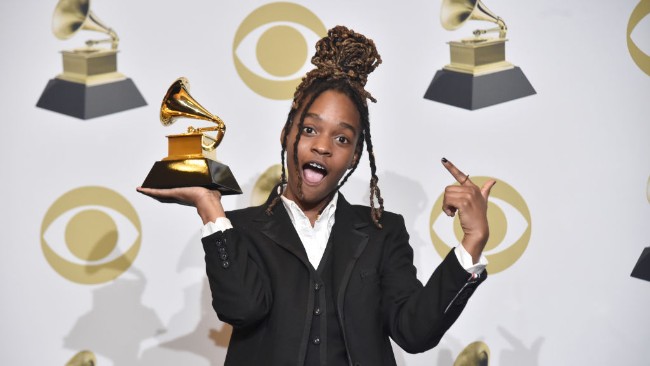 Koffee won the title for her debut album, ‘Rapture.’

Since 1985, the Best Reggae Album category has been in inception. Each year, a man has taken home the gramophone, but 35 years later, a rising artist is here to make history. On Sunday (Jan. 26), Koffee won the title for her debut album, Rapture. Last year’s recipients were Sting & Shaggy for their 44/876 album.

“I’m very honored, I’m very happy and I’m satisfied, I would say,” the “W” singer says. “I put a lot of work into my first project and to see that it has been recognized on this level has really fulfilled me so I’m very thankful.”

In a previous interview, Koffee shared her thoughts on being a woman musician in a male-dominated genre such as reggae. “I feel like it’s a big responsibility, and ‘to whom much is given, much is expected.’ So I don’t look at it as, ‘Oh, I’ve made it.’ But I acknowledge that I’m in a position where I have a responsibility now to fulfill and to pull through. It just pushes me to work harder, make more things happen, and just keep it going.”