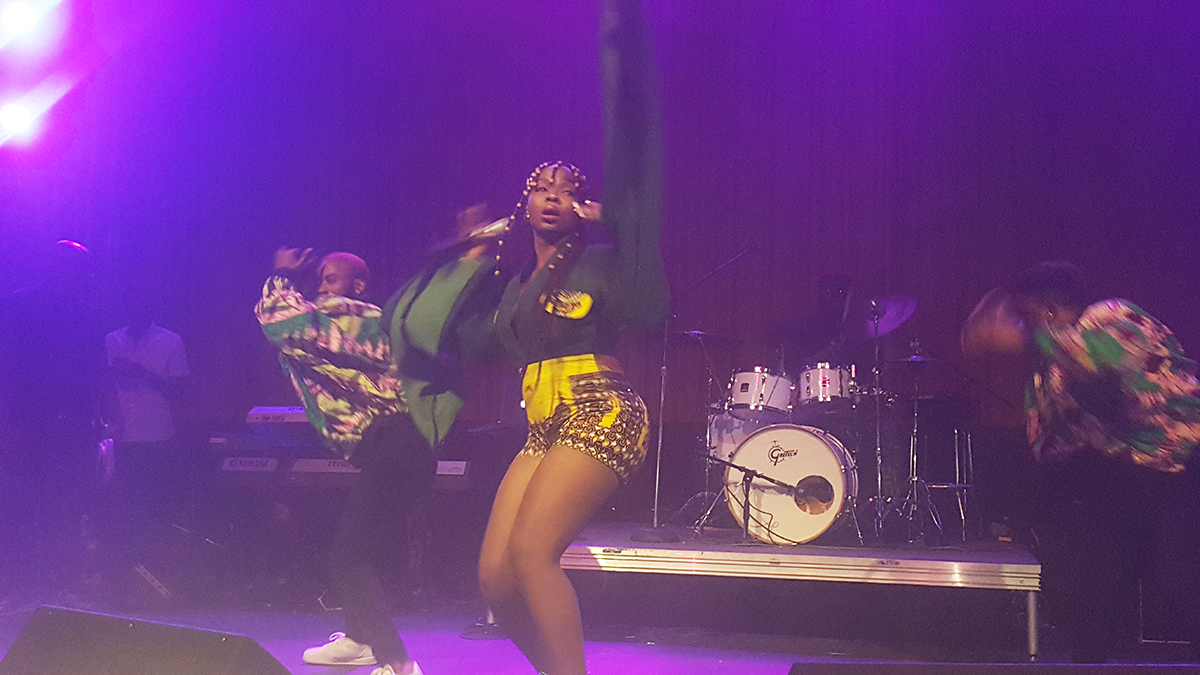 The much-anticipated concert by Nigerian pop sensation, Yemi Alade, left a bitter taste in the mouths of her fans in Minnesota, including many who had traveled hours from surrounding states to see her at the Skyway. This was her first time to perform in the state courtesy of the Umunne Cultural Association in Minnesota, as part of their 25th anniversary celebration of IgboFest. Her concert last night was for the after party following the afternoon long outdoor festival in Brooklyn Park (you can view our Facebook livestream at this link, Part 2 here and Part 3 here).

Alade (full name Yemi Eberechi Alade) is on tour promoting her Black Magic album and typically performs a 70 to 90 minute set. Last night in Minneapolis, she performed for about 13 minutes before the sound was abruptly shut off and fans told to leave.

Doors opened at nine pm. Regulars to African concerts are accustomed to artists starting late, and so by 11pm when there was no sign of Yemi, not many were concerned. DJ Dash did his best to keep the crowd entertained with Afropop.

Most delayed African concerts start by midnight at the latest. Instead, a collection of local artists started taking the stage to entertain the now restless crowd who had started chanting “Yemi! Yemi!” in hopes of luring her onto the stage. Among those, taking the stage was Carolyne Naomi who quieted the crowd with some soulful ballads and Lady T, the evening’s hard working MC who kept saying “any minute now we should have Yemi here.”

Burna Boy reacts to Xenophobic Attacks in South Africa, says he’ll Never Set Foot in the Country until the Government Wakes Up